Album #144 is The Breeders' "Last Splash," which took me a little while to get into. It's sort of punk, sort of surfer rock, lots of distorted vocals, and it was initially frustrating that I couldn't hear or understand the lyrics. After a few listens though, I found myself really enjoying it and my favorites definitely floated to the top. Even the ones I didn't love became enjoyable to listen to. 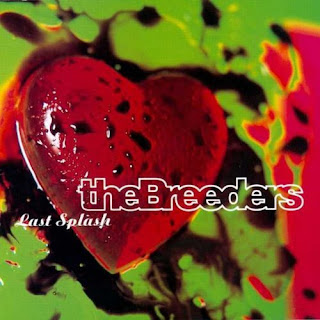 My top from the album:

5. Saints. This has such a fun interesting sound to it that vacillates between the two primary sounds on the album: light and breezy, and angry punk.

4. Do You Love Me Now? There's a really lovely mournful feel to this one, and for some reason I'm digging the muddled vocals more than I usually would.

3. S.O.S. I would never have guessed that my top five would include two instrumental pieces, but this and my #2 are both super interesting. I like the sort of ominous feel of this one.

2. Flipside. And this one is such cheerful surfer rock. It was an especially fun treat to hear for the first time in the middle of a lot of darker punk songs.

1. Divine Hammer. This was probably my favorite starting on my very first listen. I like the simplicity of the lyrics and how cheerful the song is. It's just a fun piece.