NPR compiled a list of the 150 greatest albums created by women. I've decided to listen to these albums, from #150 all the way up to #1. But to give myself a bit of forward momentum and have a sense of when I was "done" with each album, my method is to listen to the album one time all the way through, then with each subsequent listen, I'd remove my least favorite. This lets me listen to the best ones most frequently without having to sit through too many that didn't work for me at all.

I knew absolutely nothing about Shelby Lynne going into this album. The NPR write-up named her as a country artist, but there's a surprising amount of jazz and electronic sounds here. The album is a short and sweet 10-song deal, and most of them are about breaking up. It's one of the records where I wish I was sitting with a copy of the lyrics my first time through, as the lyrics I did hear and notice were always interesting. 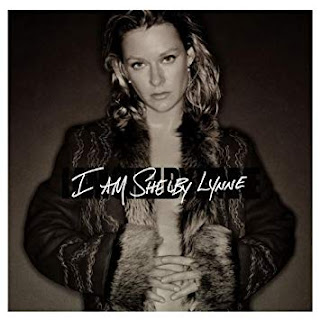 5. Gotta Get Back
This is just a nice chill little song. I like the harmonica break in it and Shelby's voice, which is hopeful and smooth here (much more hopeful than my other favorite songs on this list).

4. Leavin'
A slow mournful ballad about the decision to leave a relationship. It's got a lot of certainty and determination in its lyrics, which makes the choice to go for such a sad tone as opposed to something more empowering even more interesting.

3. Black Light Blue
The first time I heard this I thought it had the potential to win the whole thing, but slowly two other songs crept up over it. This one ended up being just a tad bit slow to keep my interest, but I love the sad bluesy tone to her voice here and the constantly unresolved melody.

2. Life Is Bad
This album is, by and large, a melancholy one, both in sound and in lyrics. But I dig this cheery proclaiming of "Ohhhh, life is bad, worst I ever had!" It feels sort of empowering to just wail that out. It's a lot of fun.

1. Thought It Would Be Easier
I really like the instrumentation on this one. It again strikes that mellow-melancholy balance that is playing back and forth through the whole album. It sounds a little less country, which I'm sure doesn't hurt it either. I just enjoy this one quite a bit.