Album #147 is unavailable on Spotify, so I'm going to have to come back to that one, but album #146 is Patty Griffin's "Flaming Red," noted on the NPR piece for being a departure from Griffin's usually folk stylings into something much more rock. This one took a little bit for me to get into -- Griffin's lyrics have a tendency to be so vague and metaphorical I find them nearly meaningless -- but by the top five I was pretty solidly enjoying the songs that were left, so I have plenty of positive things to say about them. 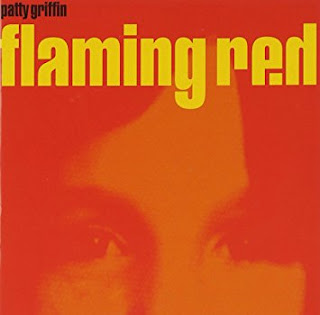 5. Wiggley Fingers. The one in my top five that rocks the hardest, for sure, and that's why it stuck around as long as it did. This one is *great* to rock out to in the car, and Griffin's voice sounds amazing here in the final minute or so of the song. Lyrically it wasn't as impactful as my top four, but it sounds fantastic.

4. Change. Just like my #5, we've got some great vocals from Griffin here, particularly in verse two where a lot of them approach almost a wail. I love the lyrics of the first verse, but the rest of them aren't quite as visceral for me, so it's going to bow out at #4.

3. Big Daddy. Someone else should listen to this song and tell me whether it's about drug addiction or child molestation, because I can't decide (or if I'm totally reading it wrong and it's an innocuous, actually happy song). I find it hauntingly sad though, particularly the several refrains of "Throw the little fish back."

2. Tony - It's hard to say why exactly this one climbed to the top. I just liked it. I liked the story, I liked the sound, I liked Patty's voice in it. That's all.

1. Mary - I fell in love with this song the first time I heard it and it never stopped being my favorite track on the album. Whether it's meant to be literally about the mother of Jesus or whether it's being expanded to mothers everywhere or something totally different, I find it hauntingly beautiful, particularly that lyric, "While angels sing his praises in a blaze of glory / Mary stays behind and starts cleaning up the place."

The albums I've listened to thus far in this project, in order:
1. The Roches - The Roches
2. Patty Griffin - Flaming Red
3. Alicia Keys - Songs in A Minor
4. Terri Lyne Carrington - The Mosaic Project

Email ThisBlogThis!Share to TwitterShare to FacebookShare to Pinterest
Labels: top 150 albums by women